It’s inaugural, exciting, new, and yet really not so new. This year has been so different, not just in our rodeo world, but across the board. The Professional Rodeo Cowboys Association announced they were moving the Wrangler National Finals Rodeo in early September. Just a few weeks later, they had another big announcement and one that made a lot of women across the country very, very happy. That announcement added the inclusion of breakaway roping to the schedule, Dec. 8-10 at 10 a.m.

While the top 15 ropers in the Women’s Professional Rodeo Association (WPRA) are making history for being part of the Wrangler National Finals Rodeo competition for the first time, the WPRA has been crowning champions for years.

Breakaway roping is seeing tremendous growth, both in competitors and fans. That has led rodeos to include it among their events. One of the first and most legendary was Wyoming’s Cheyenne Frontier Days in July of 2019. While that wasn’t sanctioned by the WPRA, it was history-making and put Jordan Fabrizio’s name in the record books and $17,514 in her pocket.

Jordan, who is an assistant rodeo coach at West Texas A&M University in Canyon made the victory lap around the historic arena with tears running down her face after the win.

“This is unbelievable,” she said at the time. “Cheyenne will always have a special place in my heart, but I hope this is just the beginning. I want young girls everywhere to see the opportunities and want to rope, and I hope that we get to rope in the Thomas and Mack Center someday.”

Breakaway ropers got one step closer this year. It started with rodeo committees adding the popular event to their rostersm– 53 of them in fact. There were more than 2,100 total entries this season competing for nearly one-half million in prize money.

When the cream rose to the top, Jordan was right there with them and even though she won’t get to make a trip to Las Vegas or make a victory lap around the Thomas and Mack Center, she might have another experience of a lifetime at Globe Life Field. She will be one of 15 competing for $200,000 in prize money, a gold buckle and prize package given to the world’s best. Jordan starts in 4th place.

The leader of the world standings, Cassie Bahe-Latham, from Rigby, Idaho got her big payday last February at the Fort Worth Stock show & Rodeo. She won over 80 percent of her season earnings at that one rodeo with $23,260. She came to Fort Worth as a graduate of Utah State University’s college of engineering. Most of those graduates are males, so she is breaking ground in her chosen field of biological engineering.

She comes from a family of farmers and ranchers and while doing an internship for the University’s Department of Biological Engineering, she became intrigued. They were discovering organisms to develop a drought resistant variety of wheat. After winning Fort Worth, she got married to hockey player Andrew Latham in August and is putting her career on hold while she pursues her passion in the arena.

Cassie’s sister Anna Bahe is also on the roster at 11th. Anna finished fourth at Fort Worth earning, $9,860. A highlight for Cassie after her win was being interviewed in the arena by the 1982 WPRA Breakaway Roping World Champion, Pam Minick.

Second place is Jackie Crawford, wife of Wrangler NFR team roper Charly Crawford. Charly will be roping all 10 nights at the Wrangler NFR, then helping Jackie with their young son, Creed, while she focuses on winning her 18th championship in the WPRA. Jackie also competes in the team roping and tie-down calf roping. The Crawfords make their home at Stephenville, Texas. Charly hosts team roping schools for the military and on November 10, he and Jackie (among others) hosted the American Military Celebration Team Roping. And in March, their family will be growing again when Jackie gives birth to their daughter. Jackie placed second at the Fort Worth rodeo and won $15,920.

Katie Mundorf from Mullen, Nebraska, enters in fifth. She is from a familiar place to a lot of rodeo fans, home to Steven Dent, 10-time Wrangler NFR qualifier. Katie is Steven’s sister and married into another rodeo family, the Mundorfs. She was the big winner over the Fourth of July collecting nearly $9,000 at the Cody (Wyoming) Stampede and the Black Hills Roundup in Belle Fourche, South Dakota.

No one has worked any harder to promote the sport of breakaway roping than Abilene, Texas, resident Lari Dee Guy. In fact, those efforts will see her inducted into the National Cowgirl Hall of Fame next spring. Lari Dee has been very successful in the WPRA winning eight world titles in breakaway roping, team roping heading and heeling. Her “Rope Like a Girl,” campaign has inspired many and she has put on clinics all over the world.

This year’s list wouldn’t be complete without JJ Hampton from Stephenville. She may look familiar to rodeo fans too. She is the aunt of tie-down sensation Marty Yates and has been among his family members who have been spectators in Las Vegas when he competed there. JJ is one of the most decorated women who qualified with 18 WPRA championships in breakaway roping, all-around, team roping header and tie-down roping.

It’s not Las Vegas and it’s not the Thomas and Mack Center, but breakaway ropers have come a long way thanks to the cooperation between the WPRA, the PRCA, and rodeo committees that have given them this opportunity.

There is a common thread among all of them and that is gratitude, for the women that came before them, the associations and the committees that added their event And, there is also hope for future. It’s a great combination that will come together to crown a new champion at Globe Life Field.

Valentine’s Day 2021 was one for the history books and if love was in the air, for many across the southern United States, it was frozen. Rodeo ...
Read More

The rodeo dogfight of 2020 is over. And what a fight it was. The year started out looking like one of the best that rodeo has ever seen. Rodeos were ...
Read More 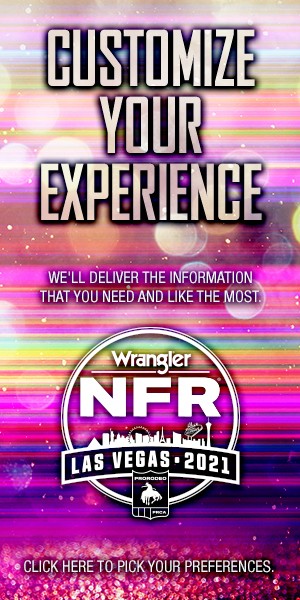 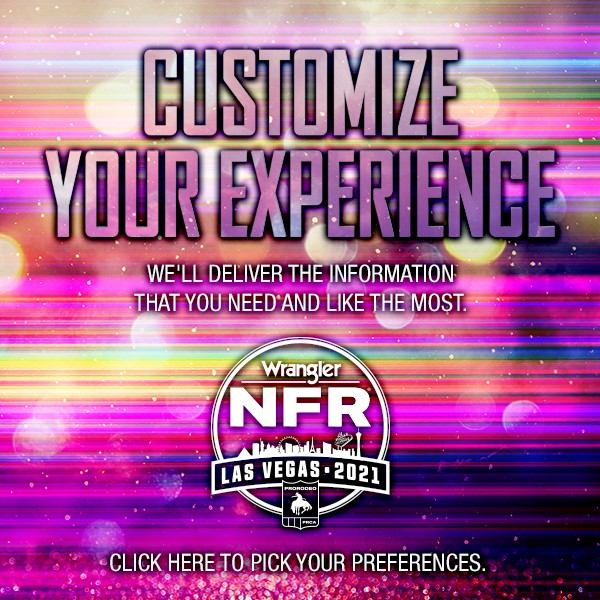